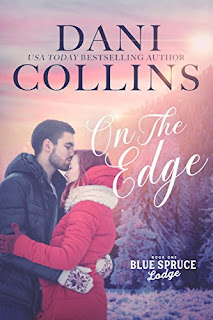 When Glory Cormer’s father introduces her to ‘their’ new business partner, she’s appalled. Viking-like Rolf Johansson exudes the same alpha-intimidation that jocks used to torment her through high school. After nursing her mother the last several years, she’s trying to break out of her shell and secretly pursue a writing career, but Rolf insists she go through with the rotten deal her father struck with his brother to renovate an old chalet.

Rolf envisions this mountain as a world-class resort for elite athletes and other jet setters. As a downhill champion and owner of a world-renowned sports equipment empire, he knows what it takes to get what he wants. Nothing will stop him, especially not a hotheaded wallflower who turns the ice in his veins to lava.


I have to admit, I had a hard time getting into this book from the beginning.  But I decided to keep on trying.  The story turned out to be pretty good although a bit different from most books I read.

After Glory’s mother passes away from cancer, her father decides to invest all of his money in a fixer-upper ski lodge in Montana.  Glory is forced to go with him to help out even though she thinks it’s a bad idea.   Glory has her own ideas of how she wants to live her life.  She wants to be a romance writer just like her mother.  So, she writes in her spare time.  What Glory didn’t expect was to fall for Rolf, their new business partner.  She hated from the start.  He was stubborn and refuses to let anyone get in his way of building a world class ski resort.  But as in a romance book, they finally end up falling for each other.

This book is like two in one, the main story and also the book that Glory is writing.  The way it was written made it a bit more difficult to read.  I had to keep going back and rereading parts because I would get confused.  But all around, it is a good and entertaining story.
Posted by Janine at 10:34 AM