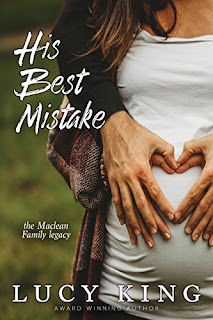 Is it too much to ask for a relationship that works?

When Stella Grant realises her perfect romance is a lie and that she's the other woman, she flees to her remote cottage in the Highlands to lick her wounds.

Billionaire currency trader Jack Maclean has nothing but contempt for the woman who stole not only his sister’s fiancé but quite possibly a family heirloom to boot. Nonetheless, he wants answers and he intends to get them. A quick trip north should do the trick. Never in a million years could he have predicted a kamikaze sheep and inclement weather would leave him stranded.

Jack might be gorgeous but Stella isn’t in the market for a man, especially one who hates her. No matter how attractive he finds her Stella is the very last person Jack should want. The trouble is, they’re all alone and the chemistry is irresistible, and, well, what happens in Scotland stays in Scotland, right?


A passionate tale about two emotionally broken characters and the one night that changes their lives forever.

When Jack Maclean set out to find Stella Grant, the girl who broke up his sister’s engagement, he had no idea what to expect.  He especially didn’t expect to be so drawn to Stella.  He hadn’t thought of another woman since his wife’s death four years earlier.

Stella was not in the market for a man after she was used and lied to by Brad, but she sure was attracted to Jack when he showed up at her house.  She tries to fight her feelings, but in the end she gives in.  Besides, what could just one night together hurt?

I really liked this book.  I felt the connection between Stella and Jack right away.  The story felt real and honest, like it could happen to anyone.  It is the perfect start for a new series.  I can’t wait to read the next book to learn more about Jack’s sister, Cora.