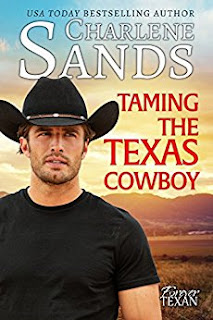 After a disaster destroyed nearly everything Maddie Brooks owned, Trey Walker offered the petite redhead shelter at 2 Hope Ranch. A veterinarian, Maddie was smart, sexy, and good with animals… Impossible to resist, yet Trey is convinced he is cursed when it comes to women.

The temporary arrangement Maddie made with Trey was supposed to be strictly business. Easy since Maddie had tried and failed to catch the handsome cowboy’s eye for a year. She thought she was so over him...until he kissed her.

When it came to women and commitments, Trey Walker believed he was cursed.  Then, Maddie Brooks enters the picture.  She was wholesome and sweet.  But he was afraid he would break her heart like every other woman in his past.  So, he holds back

When Maddie’s clinic and apartment is burned down, Trey offers her a room at 2 Hope Ranch and the use of his barn for her veterinarian practice.  Maddie has a thing for Trey from the start, but Trey doesn’t seem to show any interest in her.  While living at the ranch, Maddie starts working with Trey’s wild stallion Storm.  Storm is just like Trey, or so Maddie thought.  At least she was able to calm and settle down Storm.  Trey was another story that Maddie was still trying to figure out.  Will Trey ever be able to get past his so-called curse and find a way to love Maddie?

If you love cowboys, small towns and animals, you will really enjoy this book.  The chemistry between the lead characters is off the chart.  I got caught up in this book really quick and had a hard time putting it down.   This is the first in a new series and I anxious to read the next book already.