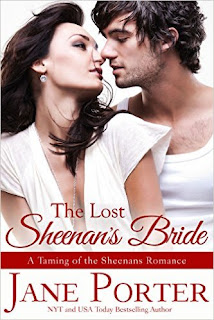 Trying to get over a broken heart, twenty-four year old teacher Jet Diekerhof takes a gap year to travel and have an adventure. Her practical farming family is horrified until Jet's older sister Harley gets her a long term sub position at a one room school house in Montana’s Paradise Valley. Jet's grateful it’s 775 miles from her overly involved family—and the guy who broke her heart. She’s also sworn off men until meeting darkly handsome Shane Swan changes everything...

Thirty-four year old Shane Swan has been an outsider since birth. Raised by his maternal grandmother near Flathead Lake, Montana, until her death when he was four, meant he ended up in foster care. But ever smart, determined, and ambitious, Shane has become one of the most successful writers in America. Yet none of his success has answered the burning question: why was he the one given away, and his brothers kept? Now Shane has moved to Marietta to unravel the secrets and lies and what it means to be a Sheenan, and nobody is closer to the Sheenans than Brock’s young sister-in-law, Jet.

Normally Shane would never use a woman, but if Jet can connect him with the keys to his past, he doesn't seem to have choice. Until he begins to fall for her. Can two strangers, who were never meant to be, believe in love again?

Disillusioned in love after a recent breakup, Jet Diekerhof moved to Marietta to start a teaching job in a nearby town and to be closer to her sister Harley.  She becomes intrigued by a man who stops in the coffee shop every day and they quickly become friends.  Jet is excited to learn he is her all-time favorite author, Sean S. Finley, and he is currently writing a book about the unsolved murder at the Douglas ranch.  Shane is disliked by the Sheenan brothers and Jet’s sister is married to one of them.  Harley forbids Jet to see Shane again.

Shane Swan was born in Marietta but raised by his grandmother.  After his grandmother passed away, Shane lived in foster homes until he was old enough to take care of himself.  One thing he was always questioning was why his real family gave him up.  He wants answers and will do anything to find them.  Shane knows who is family is, but they don’t know who he is.  Writing his next novel brings him back home and closer to the answers he seeks for his book and his personal life.

Originally, Shane’s plan was to use Jet to get information about the Sheenans, but that plan failed when they become attracted to each other.  Now they have a whole new problem.  Jet is caught in the middle of a feud between Shane and the Sheenan brothers.  Jet has a choice to make.  Should she listen to her family or her heart?

This beautifully written emotional romance was filled with lots of surprises.  The characters were believable and the story kept my attention all the way to the end.  It was a great way to wrap up The Taming of the Sheenans series.  I would have loved to have known what really happened on the Douglas Ranch the day of the murders, but maybe that is for a future book.