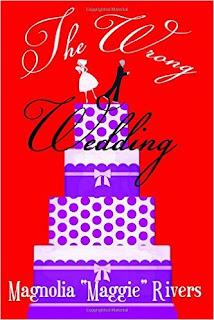 Claire Marie Jones, a mild mannered grade school teacher, wakes up in a strange man’s bed and finds, with only three days to go before her upcoming wedding to her lifelong sweetheart, Ralph, she’s going to need a fast annulment. The strange man is none other than Jack Wakefield, III, the biggest playboy this side of the Rockies and Mr. July on Claire’s pin-up calendar. Jack has his own set of problems starting with his upcoming marriage to Priscilla. Snow bound in Jack’s cabin, neither of them can go any place until the snow plows make it to Jack’s place which could take days, weeks or even a spring thaw. It’s a funny romp on the way to a wedding. Will Claire say “I do” before she says “I don’t?”


A romance story with a twist.
A good girl, a playboy and a kinky preacher create a memorable story.

Three days before Claire Marie Jones was to be married, she wakes up naked in bed with a strange man.   Panic sets in when she can't remember what happened the night before.   Even more panic sets in when she finds a marriage license showing she married this stranger the night before.  Then, Claire Marie realizes who this man is.  He is Jack Wakefield III, the biggest playboy in town.  How does a woman engaged to the town's preacher end up in this kind of situation?

When Jack wakes up and finds a strange woman in his house, he doesn't know who she is or what to do about it.  But he sure likes what he sees.  He doesn't remember the night before either.  Jack is also engaged to be married.

When Claire Marie and Jack realize they are snowed in together, they make the best of the situation. Little do they know, the time they spend together will lead them to falling in love.

This was a fun quick read. The characters were enjoyable and I found myself cheering on Claire Marie and Jack.