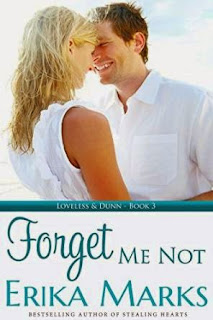 When aspiring-writer Mallory Reynolds packed up for New York City, she ditched more than her quiet hometown of Magnolia Bay—she left her high-school sweetheart, Josh Loveless, behind. But when the big city didn’t deliver big contracts on her novels, she turned to writing erotica under the pen name Farrah Ivory to spare her family any embarrassment. Soon, her scandalously-sexy series, The Lost Diaries of Scarlet, is a break-out hit. Just as Mallory begins to enjoy her sweet success, her publisher leaks her true identity and a media firestorm ensues. Exposed, she decides there’s nowhere to hide—except for home.

For Josh Loveless, getting over Mallory Reynolds hasn’t been easy, but he’s done his best to move on. For starters, he’s turned his love of the outdoors and rock-climbing into his own business. And just as things are starting to settle for him, he learns Mallory’s coming home to ride out her scandal, and suddenly his world is turned upside down again…

Can Mallory convince her friends and family that she’s still the same good-hearted girl they knew? And more importantly, can Josh trust the woman she’s become, and give her a second chance to rewrite their love story with a happy ending?

Sometimes going back home isn’t always what you expect.  Plans can turn in an instant.

When Mallory left Magnolia Bay, her boyfriend Josh Loveless, didn’t want to go with her.  He had plans of opening an outdoor sporting goods store.  She hasn’t seen him since she left.

Now that Mallory is back at home, she decides to see Josh again.  They decide to give their relationship a second chance.  Several things happen to come between them.  Will they be able to work through them or will it send Mallory running back to the city despite their love for each other?

I always enjoy the Magnolia Bay books.  The characters are fun to read and the stories are interesting.
Posted by Janine at 8:09 AM