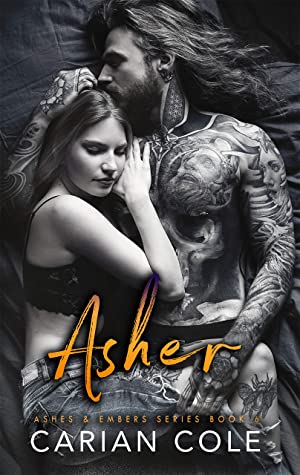 Living the life most women only dream about, I was madly in love with my soulmate—Asher Valentine—amazing husband, loving father, and rock’s favorite kick-ass frontman. A man who loved me every day, in every way, since we first met as teens. We were blessed with a beautiful daughter who was the light of our life. My all-female rock band was tearing up the charts.

Then tragedy struck, and I lost it all.

Now all I have is a stack of journals, an antique key, and a big black void where my memories should be.

And I have him—this man with wild hair, tattoos from head to toe, a soft voice, and an even softer touch that gives me butterflies. He’s clearly hopelessly in love with his wife.

But that wife is gone, and she took everything they once had, leaving me in her place.

A broken replacement. A new version that doesn’t quite fit.

I’m slowly falling in love with him, but will he ever truly love me? Or will he forever be in love with her, the phantom woman who haunts us both?

True love at its best.

Who wouldn't want a man like Asher Valentine?  He will do anything for the love of his life.

Seven years after an accident left Ember in a coma, she finally wakes up, but now she has amnesia. Asher, Ember’s husband, is not your average rock star.  Even though millions of women threw themselves at him, he remained faithful to his wife.  He was by Ember's side nearly every day when she was in the hospital.  He even slept on the floor at times.  When she finally woke up from the coma and came home, Asher does everything possible to help Ember get her memory back.  But even when it looks like she won't remember a thing, he still doesn't give up.  When Asher said his vows, for better or worse, he meant it.

Normally if I were to read a blurb where someone has amnesia, I would think "ho hum, another amnesia tale".  But Carian Cole has a way with words that blow me away every time I read one of her books.  This story was raw and emotional, heartbreaking and hopeful, and everything in between.  I won't be able to forget this story for a long time. 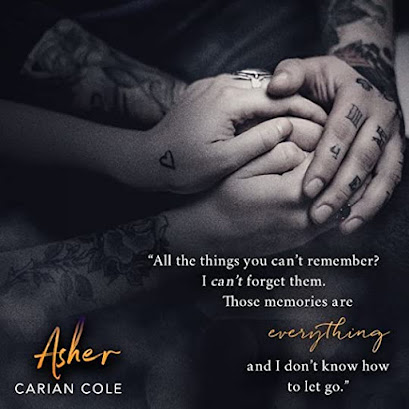