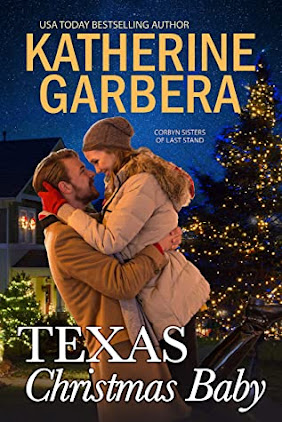 They have more than one surprise in store this Christmas Eve...

Zara Mitchell is about to be a single mother. After finding out her baby’s father lied about everything, she’s decidedly on her own. But when her car breaks down outside Last Stand, Texas, she’s rescued by the most beautiful man she’s laid eyes on. He’s her knight in shining armor, and Zara is starting to believe in fairy tales.

J.T. Williams has a charmed life, or so he thought until his parents’ marriage deteriorated and exposed a half-sister, Amelia, in Last Stand. Intent to make up for his father’s shortcomings, he sets out to meet her but is derailed when he comes across a pregnant beauty stranded outside of town. And when he learns that Zara and Amelia are best friends, he impulsively decides to hide his identity to get to know both women without added pressure.

As Christmas nears, J.T. and Zara find themselves giving in to their feelings. But J.T.’s well-intentioned lie might cost him everything.

When Zara Mitchell moved to Last Stand, Texas, to start a new life and raise her baby, she didn’t plan on meeting a man.  She was done with their lies and deceit.  But, when JT Williams came into her life, everything changed.  Zara could suddenly see a future with JT.

JT recently found out he had a half-sister.  So, he skipped out on Christmas with his family and headed to Texas.  He wanted to keep his identity a secret from everyone.  Being the son of a famous country singer was going to be hard.  But when he met Zara, he seemed to want to share everything with her.  It was hard to tell Zara the truth when his sister was Zara’s best friend.  Zara hated secrets and this one could ruin their newly found relationship.

This is one of those books that is filled with holiday magic.  From Zara being rescued on the side of the road by a man she referred to as an angel, to the family bonds and traditions, to new love and a baby.  This book was filled with feel good moments.