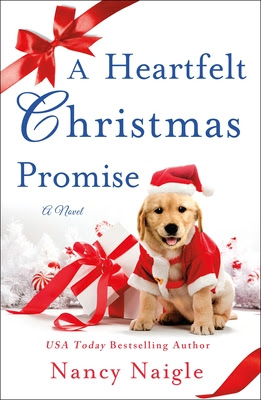 Vanessa Larkin was supposed to be spending Christmas in Paris, France on a business trip she hoped to enjoy as a working vacation. Instead, she’s been assigned to Fraser Hills, North Carolina―home of the Best Fruitcake in the USA―to convert her company’s property into warehouse space and shut down Porter’s, the fruitcake factory. Offering retirement packages and selling locals on new job opportunities may not spread holiday cheer, but Vanessa believes she’s helping secure the town’s future.

Mike Marshall’s family founded Porter’s. For decades, the factory served as the lifeblood of the community until his grandfather sold the business to a Chicago corporation. The sale cost the town its independence―and the Marshalls their family ties. A horse farmer, Mike was never involved with his grandfather’s company, but still felt Fraser Hills lost part of its identity. And as a widower raising a teenage daughter, he’s suffered enough losses in one lifetime. News of the factory’s closing means losing another piece of the town’s legacy.

Far from the skyscrapers and rapid pace of the city, Vanessa finds herself enjoying the easygoing rhythms of rural living. With Mike as her guide, she learns to appreciate the simple pleasures found in shared holiday festivities among friends. Fraser Hills is a town she is growing to love―and Mike is someone she is falling in love with. Now all Vanessa needs is a Christmas miracle to give her newfound friends and home a gift they’ll cherish for many New Years to come.
My Review:
A sweet Christmas romance.

It was the worst time to shut down a business, but it’s what Vanessa had to do.  She was sent to Fraser Hills, North Carolina to shut down Porter’s Fruitcake factory.  When Vanessa gets there, she starts to fall in love with the town and its people, including Mike, who has his own ties to Porter’s.  Now, Vanessa has to figure out how to satisfy her boss and remain in favor to her new friends in Frasier Hills.

This story totally swept me away.  The descriptions of the town were so detailed, I could easily visualize them.  I became attached to the characters as well and couldn’t wait to see how Vanessa would keep everyone happy in the end.  This book would make a wonderful holiday movie with its strong family ties and heartfelt storyline.

Thank you to St Martin's Press and NetGalley for an ARC of this book in exchange for an honest review.