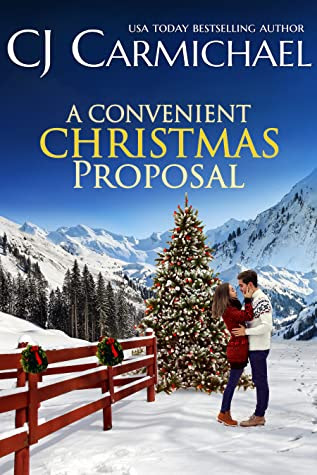 She’s the Christmas light in a world that seems so dark...

When Patrol Officer Kelly Shannon answers a suspected DUI call that results in the suspect’s death, she has to deliver the grim news to his young family, including his brother—her friend and crush, Mick. Kelly convinces herself that she’s only making amends when Mick begs for help looking out for his niece and nephew as his sister-in-law grieves and neglects her young children. But as Christmas approaches, Kelly admits the truth. She’s falling in love.

Journalist Mick Mizzoni spent his life trying to keep his younger brother out of trouble. When he gains temporary guardianship over his niece and nephew, he crosses the professional line he drew years ago and turns to Kelly Shannon for help. As she embraces him and his new family, she gives him hope that this Christmas could be different.

With their happiness hanging by a thread, Kelly hopes for a Christmas miracle, but Mick, who’s not as jaded as he thought, wants so much more.

Kelly Shannon and Mick Mizzoni team up to save Mick’s brother Danny’s children after he dies in a car accident.  Danny’s wife is on an alcohol and drug binge and is neglecting the kids.  Mick wants to bring the kids into his own home and raise them, but he needs Kelly’s help being as is a police officer.  For Kelly, this is perfect because she has had a crush on Mick for a long time.  It takes a Christmas miracle and the help of two little kids for Kelly and Mick to finally come together.

I was drawn into this story right away.  I went through a wide range of emotions as I was reading, especially for the children.  They just deserved a better life and Mick was such a wonderfully devoted uncle and deserved custody of them.  Kelly’s part of the story was also very touching.  I felt bad for the grief and guilt she felt over Danny’s death and how she wanted the best for the children too.  If you’re looking for a Christmas romance with a little more to the story, grab this book.  It is part of a series, but it can definitely be read on its own.