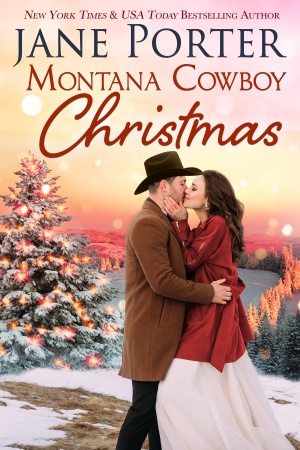 It's almost Christmas and nationally-ranked barrel racer Ivy Wyckoff has returned home to Montana desperate for a miracle. A cowgirl to her bones, she’s always solved her own problems, but when her ex—rodeo champ, Sam Wyatt—shows up offering more than a shoulder to cry on, Ivy’s tempted to grab the safety line he throws.

Sam Wyatt just wrapped his most successful year on the PRCA circuit. After long days and even longer nights, all he wants is a quiet holiday on his family's Paradise Valley ranch...until he sees Ivy again. He can tell she’s in trouble. They may have called it quits two years ago, but she's the one woman he regretted walking away from.

Sam will do anything to keep Ivy safe, including putting a ring on her finger and sharing his name with her this Christmas.

Rodeo stars and former lovers Ivy Wyckoff and Sam Wyatt get a second chance at love when Ivy is on the run for her obsessive ex-boyfriend.  She runs to Marietta, Montana, the only place she ever felt safe.

When Sam finds out Ivy is working as a bartender at the Wolf Den, a seedy strip club on the bad side of town, Sam decides he will do everything he can to get Ivy away from there and help her.  But when Sam finds out the real reason Ivy is in town, he plans to protect with everything he’s got.

I really liked how this story played out.  I was hooked from the start.  I enjoyed seeing Ivy and Sam open up about the reasons they split up, to learn to trust again and finally rekindle their relationship.  Christmas miracles are real and they definitely came through for Ivy and Sam.