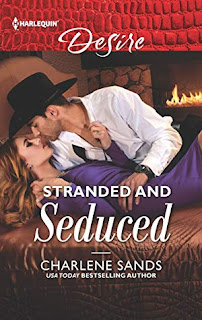 Should she pretend to be the woman he loves?

Working with new client and ex-lover Risk Boone is bound to be…enticing. So April Adams dons a fake engagement ring to ward off temptation. But when they’re stranded together at a remote lodge, there’s no running from their attraction—especially after Risk hits his head and wakes up thinking April’s his fiancée! Will she tell him the truth…or go along for the ride?

What started out as a little white lie gets blown out of proportion when it becomes a tabloid sensation.

April Adams had a crush on former rodeo star, River “Risk” Boone, when she was in high school, but never acted on it.  Two years ago, they hooked up after a rodeo, but the next morning Risk was gone.  April’s dream of them being together was shattered.  Now, Risk is back in Boone Springs, working with his siblings and looking for a new venture.  They wanted to open a lodge and Risk knew the perfect one, Canyon Lake Lodge.  April’s real estate agency needed the money, and the commission from selling Canyon Lake Lodge would really help her out.  But that meant working with Boone.  So, April wears her friend’s engagement ring to avoid any temptation between her and Risk.  Then, they get stranded together during a storm at the lodge.  The engagement lie quickly spirals out of control until they realize they really do make the perfect couple.

I’m always intrigued by a fake fiancé story.  I feel it’s a hard one for an author to write because if there is one little thing done wrong, the entire story can feel fake.  But this one really had my attention.  I could feel the emotions coming through the words and the characters become some that I wanted for my friends in real life.  Well, except for Risk’s ex.  I wouldn’t want to be around her for long.  I would definitely recommend this book to my romance readers.