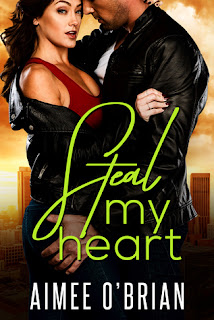 When a fantasy turns into a cold reality

Lexanne Harris had a plan down to the last sexy detail. Never did she think her attempt to spice up her love life with her boyfriend would involve her in a burglary with a sexier than sin thief whose emerald eyes and serious between the sheets skills are impossible to forget. As a police detective she is expected to stand on the side of the law and fight for justice. But what happens when the lines of justice blur and what’s wrong becomes way too tempting?

The situation might be challenging but Lexanne is determined to get assigned to the case, recover the jewels and catch the culprit.

The question is: What will she do with her sexy cat burglar when she catches him?

Sexy and fun and, OMG, I’ve fallen for the cat burglar.

A cat burglar is targeting the wealthy of Los Angeles which makes Detective Lexanne start to fantasy about having sex with a cat burglar.  Detective Mark Finney was up for the challenge of making that fantasy come true.  But the night they planned the rendezvous, the real cat burglar entered the home that Lexanne was house sitting at.  Lexanne doesn’t realize it’s not Mark and played out the fantasy all the way.  Then, Mark shows up and Lexanne realizes she just made the biggest mistake of her life.

Afterwards, Lexanne can’t seem to get the burglar out of her mind.  It’s pretty early in the book when she finds out who it is, investor Gideon Holt.  She falls for him and they hook up multiple times during the book.  It’s career sabotage for a police officer, but she can’t help herself.  Gideon’s reason for stealing from his clients will surprise you in the end.

I wish this book was longer.  I really enjoyed it and wasn’t ready to put it down.  There were a lot of twists and turns in this book that kept me on my toes.  This is the first book by this author and if she writes other books like this, I will definitely be reading more of her books.