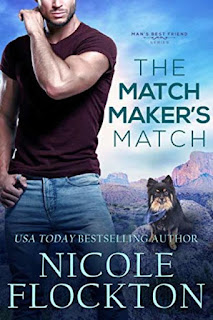 Could the best man be her best option?

The last person Meredith Turner expects to see at her best friend’s wedding rehearsal dinner is the guy she had a one night stand with. What’s worse, Lincoln Forrest is the best man and as maid of honor, her partner. To add insult to injury, she has to leave the rehearsal dinner early, and Lincoln is the one to help her with a deeply personal problem. The aftermath of that night brings big changes for them both.

Lincoln Forrest has helped his best friend meet the woman of his dreams, but recently he’s made a series of bad decisions, the biggest being leaving his career with the Army. Now the former K-9 handler is looking for a new career and trying to get his life back on track. Helping Meredith in her time of need connects her to him more than he expected. On a mission to right the wrong he created, Linc will do whatever is needed. But when the attraction that first drew them together flares to life again, will the obstacles between them be too much to overcome? Or has the matchmaker met his match?

This story had a lot going on, but in a good way.  It starts with a one night stand between Lincoln and Meredith in San Diego.   Little did they know they would soon meet again at a wedding in which they were both part of.  Both characters were at a cross road in their life, so it was fun to see how that played out along with their growing romance.

This book kept me turning the pages anxious to see what happened next.  The author did a great job with the character development and keeping the story interesting while maintaining the romantic aspect of it.  It is part of a series, but it can definitely be read as a stand-alone.