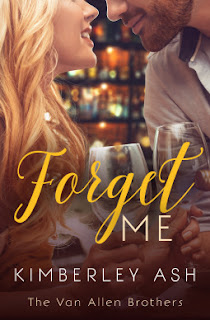 He’s the man she left behind, but never forgot… Laurel Moore might have had to leave her prized job as an assistant chef in one of NYC’s swankiest restaurants to take care of her brother and mother after her father’s death, but she’s not giving up on her dream. Nope. She’s going to turn her father’s debt-ridden, greasy spoon bar and restaurant into a destination gastropub that will bring life back to her small, struggling town. Laurel faces resistance on all sides, but it’s running into her first love, reformed bad boy Jonah Gardiner, that really throws her off her stride. Worse, he’s more tempting than ever. Spurred on by Laurel’s rejection a decade ago, Jonah cleaned up his act and became an academic and psychologist, who helps everyone understand their feelings except himself. He can think of a million reasons why he and Laurel need to stay at arms’ length, but when she shares her new recipes with him, it seems like foreplay. And that’s just the beginning… Can he and Laurel seize a second chance or will she destroy the peace he’s worked so hard for?

After Laurel’s father passes away, Laurel returns home to run her father’s bar.  She didn’t except to see Jonah again.  Jonah was the bad boy that Laurel was warned to stay away from.  But, Laurel couldn’t resist Jonah and they ended up having a secret relationship one summer.

Laurel made the decision to leave her family and Jonah when she felt she was being pulled into the same destructive lifestyle that Jonah and her father both shared.  She followed her dream of becoming a chef.  Jonah cleaned his act up after Laurel left.  He went to school to become a phycologist.  Now that Laurel is back in town and they are both responsible adults, maybe they can pick up where they left off.

This book pulled me in from the start.  I enjoyed seeing Laurel and Jonah discover love again.  The scenes were very realistic.  The author described addiction and what it can do, to the person and everyone close to them, very well in this book.  Be warned this is an emotional story, but well worth the tears you might shed.