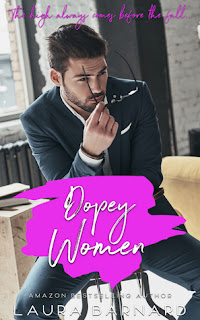 When Sadie and her colleagues find themselves out of a job and down on their luck they know desperate times call for desperate measures.

What starts off as a crazy idea to sell marijuana to the ladies at her friend's chemo sessions quickly spirals into a booming drug empire.

But they didn't expect a sexy detective on their trail, suspicious neighbours, and drug dealers angry they’re working on their patch.

Can Sadie pull them out of this dangerous world they’ve found themselves in? And can she do it before they end up in prison?

What a ride!  I didn’t know what to expect from one minute to the next.

When Sadie and the girls in her department are laid off from their job and they can’t find another job, they don’t know what they will do for money.  But, when one of the women confesses she has cancer and wants to try marijuana, an idea is set into motion.  They will make pot brownies to sell to the other patients going through chemo.  Once they start selling, all sorts of craziness starts happening.  But, there is one speck of hope, a police officer who can’t seem to get Sadie out of his mind.  He will even risk his own life and career to protect her.

This book was serious, funny and romantic all rolled up in one entertaining story.  I didn’t want it to end.  I could easily see it being made into a tv show.  I would say movie, but I wouldn’t want to watch for just a few hours, I want to keep watching the drama unfold for months at a time.  If you’re looking for something a little bit different, be sure to pick up this book. 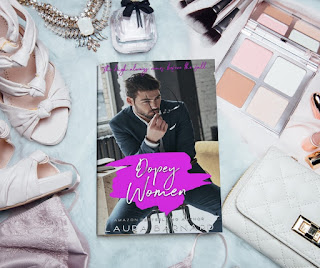 Head on over to Laura's page to enter her signed paperback giveaway - https://www.facebook.com/laurabarnardbooks/