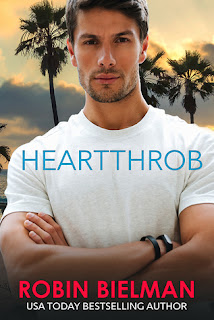 He likes a challenge…

Here’s the deal: I’m the best center fielder in the major leagues. I’m also the guy who cost his team the championship game and acted very unsportsmanlike. So, when the team hires a social media manager to repair the damage to my reputation, I don’t argue. But then I meet Chloe Conrad, and I suddenly understand what people mean when they say they have an instant connection to someone. Which means I’m in serious trouble. Chloe’s a smart, sexy distraction I can’t afford, but one date can’t hurt, right? Only she turns me down. And just like that, it’s game on.

Finn Auprince is the hottest player in the major leagues. Look up “It Factor” in the dictionary and there’s his handsome face. He’s also my biggest client and I don’t care how easy it is to talk to him or how fun it is to manage his social media accounts, I will not give in to his charms. Then one drunken night, I tell him about my curse: all my previous boyfriends have found their soul mates while dating me. One more heartbreak, and I’ll never recover. But Finn doesn’t believe in curses—he believes in me. Professionally and personally. He sets out to prove the universe isn’t against me, and that his one true love isn’t waiting around the next corner.

The problem is…can we play the game of love and both come out on top?

Such a fun book to read.  I couldn't get enough of Finn and Chloe.

Baseball star, Finn Auprince is the hottest player in Major League Baseball.  When Chloe Conrad is hired to be his social media manager, life turns around for them both.  Chloe believes she is cursed when it comes to love and Finn doesn't get serious with any of the women he dates.  But, together, they bring out the best in each other.  When they decide to give romance a try, both Chloe and Finn are surprised how well they get along.  But, will it be enough for a lasting relationship?

I knew from the very first page of this book, that I wouldn't be able to put it down.  It is a really good romantic comedy with characters I didn't want to say goodbye to when the book came to an end.  I was impressed with this author’s writing style.  She kept it lighthearted and fun.  I will definitely be picking up some more of her books soon.
Posted by Janine at 4:00 AM