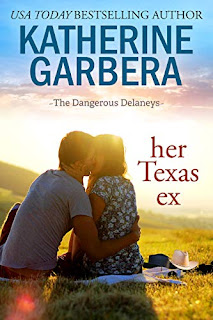 She couldn't forget him, even if she tried...

When Amelia Corbyn was a vulnerable teen, she found out she wasn’t a Corbyn by blood. Her biological father was a legendary country singer who wanted nothing to do with her. Hurt and confused, Amelia fled Last Stand Texas for a modeling career in New York. She left behind her high school boyfriend and family who had kept too many secrets. Years later Amelia’s back in Last Stand, retired from modeling and determined to care for her aging parents. She’s not expecting to see the one man she loved and couldn’t forget. Even worse, the spark is still there just waiting to burst into a flame.

Former pro-football player Cal Delaney returns to Last Stand to raise his sister’s toddler after a car accident claims her life along with her husband. His feelings for Amelia seem stronger than ever, but he has secrets and responsibilities; and Amelia has already proved to him that when things get tough, she skips town.


Can Cal forgive their past so that he and his first love can have a future?

This book is the kind that you better have a box of close by when you read it.  It is a second chance at romance story involving two high school sweethearts, Amelia and Cal, who both return to their hometown for different reasons.  Amelia is back to help take care of her sick mother and Cal is back after his sister is killed in an accident.  He is needed to raise his sister’s son.  When Amelia and Cal meet again, they form a friendship and there to support each other.  Eventually fall in love again.  But, that doesn’t mean everything will be easy for them.  There are a lot of issues they need to work through before they find their happily ever after.

Some of this book was hard to read because of the emotions involved.  I couldn’t help but tear up reading those parts.  The characters and their struggles felt so real.  This is a must read book if you like second chance romances and a good family drama.  Even though it is part of a series, it can be read as a stand-alone.