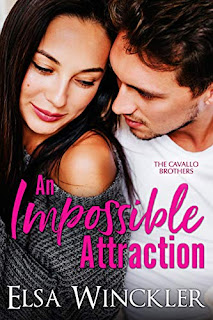 He was Mr. Wrong until he did everything right.

When Interior Decorator Zoe Sutherland is offered the career-building opportunity of a life time – working on super star architect David Cavallo’s glamorous new hotel – she’s thrilled...until she meets David. He may be the most handsome and sexy man she’s ever met, but he’s also the most arrogant and mysterious. He denies her access to the hotel’s floor plans, interfering with her ability to work. And when she stands her ground and challenges him, his smoldering looks threaten to derail her focus and remind her that there is more to life than work.

David’s life is his career. He enjoys women, but has a love 'em and leave 'em attitude, which has worked until Zoe. She fires up more than his libido and one night of loving is not nearly enough. He wants more. That she might be out to steal the plans of his more daring project to date, has him thinking that perhaps he should keep this potential enemy even closer…in his bed.

Zoe and Dale were meant to be together.  It just took some time, and a little nudge from some family members, for them to figure it out.

They shared a dance and a kiss when Zoe’s sister married Dale’s brother.  It was enough to make sparks fly.  But, Zoe didn’t trust men and she would never date Dale.  So, how could she have gotten caught up in the moment?  Dale was a rich man with a reputation of dating women and then dumping them when he got bored with them.  Ever since that kiss, Dale couldn’t get Zoe out of his mind and he was willing to do anything to have her as his own.

This was a fun book to read.  I could feel the tension between Zoe and Dale from the start.  But, when they got together, look out!  They were a steamy couple.  I enjoyed the family drama in the book too.  There were quite a few characters in this book as both families have lots of siblings, but they didn’t confuse me while reading the book like I have experienced in the past.  I really liked Zoe’s mother too.  She was a hoot.  I just wish the ending had been written out with a little more detail.  It felt rushed and I really would have loved seeing Zoe and Dale come together on their own terms.  This book is part of a series, but it can be read as a stand-alone.