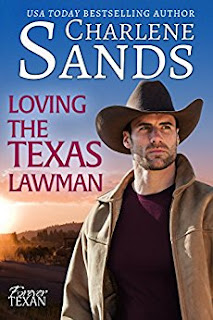 The last thing honorable Sheriff Jack Walker needs is a blast from the past, but that’s exactly what he gets when his high school love, now sexy lingerie designer, Jillian Lane arrives on his doorstep needing his help and protection.

Jillian is desperate to save her company, Barely There and turning to Jack Walker, the town hero, is her only option. The trouble she left behind in California has followed her home, leaving Jack no choice but to protect her. Unwittingly, Jillian's put everything Jack has ever wanted in life at risk.

The years have not made it easier for Jack to say no to his first love, but saying yes may threaten all he holds dear. Jack may have a solution: marriage–the temporary kind. And how can a girl from the wrong side of the tracks refuse a marriage proposal from her one-time love?

A fake marriage between two former lovers leads to more than they expected.

Lingerie designer, Jillian Lane is back in Hope Wells, Texas where she grew up and said she would never return too.  She made a good living in California and had quite a few stores to show for it.  But, when her boyfriend gets busted for selling drugs and her stores are rumored as being a front for his dealings, Jillian did the only thing she could to save her reputation.  She went back home to the only person who could help her, her old boyfriend Sheriff Jack Walker.

Jack has his mind set on two things, being a great sheriff and trying to adopt Beau, a little boy he rescued after his parents died in a tragic accident.  He couldn’t believe his eyes the day he found Jillian back in town.  Why was she back?  With no place to stay, Jack offers Jillian his guest house.  He had no idea what kind of trouble followed Jillian, but when he finds out, being the good guy that he is, he offers his help.  In exchange he asks Jillian to be his fake wife so he would have a better chance at adopting Beau.    They soon find themselves unable to resist each other.  But what happens when Beau is adopted?  Will it all come to an end then?

This book was such a joy to read.  It is the second in the “A Forever Texan Romance” series, but can be read as a stand-alone.  I loved the characters and the story which just flowed off the pages.  Beau really made a lasting impression in the scenes that he was in.
Posted by Janine at 8:42 AM