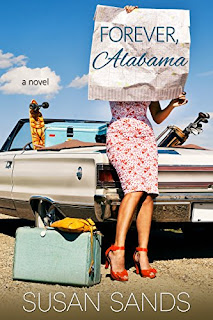 Everybody loves local attorney and favorite son, Ben Laroux. Well, at least everybody of the female persuasion–until he meets Sabine O'Connor. She loathes him and makes no secret of her feelings, even when he pours on his famous charm hoping to thank her for helping his family. Ben has never been told no, and if there's one thing he's never walked away from, it's a challenge.

Sabine hopes she’s finally found peace and safety in the small town of Ministry. She’s changed her name to escape her painful past and her shameful family secrets. Ben Laroux is a gorgeous and sexy complication she can’t afford, but also can't resist. However, when her past threatens to derail her present and future, Ben might be the only man she can trust.

Everyone in Ministry, Alabama knew and loved attorney Ben Laroux.   But, Ben had a problem with women.  He couldn't make a commitment.  Ever since the breakup with his one serious girlfriend, he held a one date rule.  And because of it, a lot of women were left heartbroken.

Sabine O'Conner has been counseling some of the women who had their hearts broken by Ben.   So, she thought she knew him well.  When Sabine and Ben are placed on opposing sides in a court case, Ben starts to become interested in Sabine.  But Sabine isn't a one night kind of girl.  If Ben really wants her, he will have to change his ways.

Sabine has secrets that she worked hard to hide.  When she moved to Ministry, she never expected anyone to ever know about her life back in Louisiana.  When Sabine's biggest secret threatens to blow, Ben is right there to help her though it.

I enjoyed this book.  I liked seeing how Sabine was able to change Ben’s way of thinking and how Ben was right there for anything Sabine needed.  They had really good chemistry.  The background of both characters and plot were well written.  I also enjoyed catching up with characters from previous books in the series.  Even though this is the third book in the series, it can be read on its own.