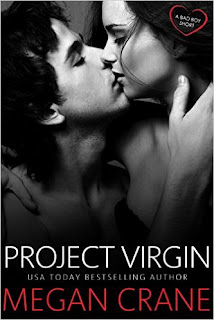 Newbie lawyer Scottie Grey spent entirely too many years listening to her ex-fiancé’s lies. Now that she’s finally kicked that cheater out of her life, she wants to waste no time getting rid of the albatross around her neck: her virginity.

Damon Patrick is the worst possible candidate for the project. He’s too good-looking, too experienced. He’s too well known around San Francisco—mostly for his many sexual exploits.

Damon is the worst man for the job imaginable… which might just make him the only one Scottie can imagine giving her virginity to after all.

One night, no strings.  Just sex.

Scottie Grey has a crush on her boss Damon Patrick, a renowned litigator and one of San Francisco’s favorite sex symbols.  After the break up with her fiancé, Scottie feels drawn to Damon even more.  But there is one thing that stands in her way.  Scottie is still a virgin.  Why would Damon want to be with her after all of the experienced women he has been with?

Scottie is taken away with Damon’s proposition and it becomes a night she will never forget.

I read this book in one sitting.  It is very short and to the point.  But it is also an entertaining and well written story.  Sometimes I find stories this short lack character development or feel rushed.  This one was well thought out and didn’t miss a detail.