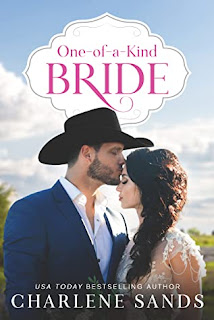 It’s a promise she intends to keep at all costs

Taylor Preston never breaks a promise, especially to her dying mother about following her dreams to become a successful New York bridal gown designer. But when Taylor unexpectedly loses her high-profile job, she returns early to Last Stand, Texas where she happily spent childhood summers, to help with her cousin’s wedding. On Taylor’s first day back, the boy she left behind twelve years ago comes to her rescue and her sleeping heart inconveniently reawakens.

All during their youth, Ryan “Coop” Cooper played Taylor’s “promise game,” and they never once broke a promise to each other, but that was years ago, and Coop, now an established contractor, isn’t the same person. Building a wedding gift she-shed brings Coop closer to Taylor. They recall their promises – silly and solemn – and realize the spark could easily once again flame.

But Taylor’s life is far away and Coop, a single father, won’t risk his heart or his daughter’s again.

Taylor Preston and Ryan “Coop” Cooper were best friends and sweethearts when they were younger.  Their relationship ended when Taylor decided to follow her dreams of becoming a bridal gown designer in New York.

Taylor has finally returned to Last Stand, Texas, for her cousin Julie’s wedding and when she sees Coop it stirs up old feelings.  But Taylor knows Coop is still mourning the lose of his wife and she is only in town temporarily, so nothing can happen.   Taylor soon finds herself spending a lot of time with Coop, his daughter Cassie, and his father, Joe, and she has to fight the feelings that creep up every time they are together.  Meanwhile Coop is struggling with his feelings towards Taylor and afraid to act on them knowing Taylor will soon be leaving town and doesn’t want Cassie to be hurt again.  But spending so much time together is bound to bring them close again.

I read this book really quick because I couldn’t find a place to stop.  I became so attached to the characters and couldn’t wait to see how they got their happily ever after.  I enjoyed Taylor and Coop’s romance but I also liked reading about the friendships and family relationships that went along with the story.  I especially enjoyed Cassie.  She was a sweet, fun and sassy little girl.