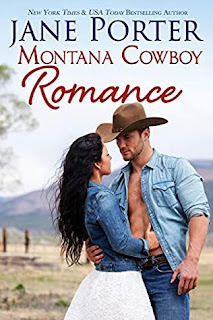 After the only woman Joe Wyatt ever loved marries another, the Montana rancher swears off romance. He's done playing the game. Only problem? He needs a wife, and kids he can pass the Paradise Valley cattle ranch to. So Joe takes the same no-nonsense approach to marriage as he does to running his family’s business...he places an online ad for a mail-order bride. The ad is a lot like Joe, straight-forward and to-the-point: Wife Wanted.

When Sophie Correia is left at the altar after her groom runs off with her maid of honor, she wants to get as far away from California and her dairy farming family as possible. Sophie doesn't need hearts and flowers, but she's fed up with men who can't commit. And at thirty, she's more than ready to start a family. When she comes across Joe's ad, she thinks she's found the perfect solution — head to Montana, get married, and move forward.

Can a contract for marriage lead to love, or will the arrangement cost them their hearts?

A modern twist on a mail order bride story.

It all started with a “Wife Wanted” ad placed by Joe Wyatt in which Sophie Correia answered.  Joe was tired of his mother asking when he would marry and have a family.  He didn’t have time for dating and it was hard to meet women when he spent most of his time working on his family’s cattle ranch high in the Gallatin Mountains overlooking Yellowstone River.  His previous relationship ended because the girl didn’t like living so far from her family, friends and the excitement of town.  When Sophie answered Joe’s ad, Joe thought she was perfect for the businesslike arrangement he was seeking.  Sophie came from farming family, so Joe knew she would understand how hard ranch life could be.

Sophie wanted a new start far away from California.  Far from her family and ex-fiancé who broke her heart when he betrayed her.  Sophie didn’t plan on falling for Wyatt, but it happened, and it happened fast.  But life wasn’t exactly as Sophie had pictured it.  Wyatt’s mother and grandfather didn’t want anything to do with her and she didn’t get much alone time with Wyatt.   The days were full of frustration and tension for Sophie and Joe, especially when Joe’s mother decided to start planning their wedding.  It will either make them or break them.

This was such a good book and the perfect start of a new series.  I really enjoyed seeing how Joe and Sophie worked through every obstacle that was thrown in their path until they finally got their happily ever after.  I look forward the books that will follow this one and learning more about the Wyatt brothers.