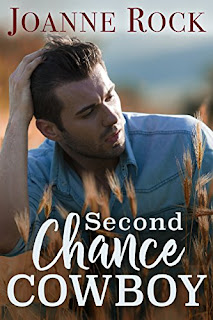 Dancer Larissa Martine is ready to start over and Las Vegas seems like the perfect city for a shiny new beginning. But first, to honor her pact with her girlfriends, she wants to make a quick stop in Cheyenne, WY to make amends with her first love, the guy she left to chase her dreams of Broadway fame. Except rancher Matt Briggs isn’t nearly as interested in her regrets as he is in keeping her in town for his sister's wedding. It’s a request she can’t deny when his family takes up the cause to make her stay for just one more week, but it’s difficult to maintain her friends-only boundaries with a man who attracts her as much as ever.

After losing his father and inheriting the family ranch in addition to the one he’d bought on his own, Matt’s life is all about obligations. But Larissa’s unexpected arrival during the wedding mayhem is a bright spot he won’t ignore, even if that means tempting her into far more than just a dance. He figures one night with her will bring them both some peace with their past, which is all she said she wanted. But one night leaves Matt wanting a whole lot more and this time, he’s willing to gamble everything to make her stay.


Eight years ago, Larissa Martine left Wyoming to follow her dream of becoming a dancer on Broadway.  She broke up with her boyfriend, Matt Briggs, by just leaving a note.   Matt never got over the way Larissa left.

When Larissa’s dreams came to a crashing halt after an injury left her sidelined, she decided to try Las Vegas.  But before she could go to Las Vegas, she needed to fulfill a promise she made with her friends.  She needed to make a detour to Cheyenne and make amends with Matt for how she left him.

Larissa may only be staying longer than she planned because Matt’s sister is getting married, but Matt doesn’t plan on letting her get away so easily this time.  Will Matt’s plan along with the help of his sister and grandmother be enough to change Larissa’s mind about leaving again?

The chemistry between Larissa and Matt was off the charts.  The story was easy to visualize from the descriptions and moved along at a good pace.  The secondary characters really added to this story too.  This is the second in the Road to Romance series, but can definitely be read on its own.