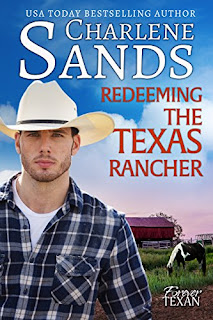 Falling out of love with Colby Ryan wasn't working...

There hasn't been a woman who's held Colby Ryan's heart for long, not since his teenage love went awry twelve years ago. Now, all of a sudden, Dakota Jennings, his longtime family friend and trusted wrangler on the Circle R ranch, is catching his eye. For Dakota’s sake, Colby won't ever give in to the temptation she poses.

Dakota has been secretly in love with Colby since the age of ten, but his sense of honor and the Texas code he lives by won’t allow her permanence in his heart. Up until this point, he’d never hinted at romance between them and yet, falling out of love with him just plain isn’t working.

Colby has always protected Dakota, and he isn’t about to stop now. If he gives in to his desire, she stands to lose far too much. Colby doesn’t deserve her love, he's already ruined one life, but the binds that tie them are strong. Can Dakota be the woman to redeem his broken soul?


Dakota Jennings has been in love with Colby Ryan since she was a little girl.  Now, Cole is Dakota’s employer at Circle R Ranch and she tries hard not to let him know how she really feels about him.  When Cole starts seeing Dakota as more than just a friend and they finally give into their feelings, a big secret could destroy their fragile new relationship.

If you like small town romances with memorable characters, this book is for you.  It is an emotionally charged story that moves along at a good pace.  My heart went out to Dakota when she learned about Cole’s secret.  Having been in many relationships with a lot of secrets, it was easy for me to relate to how she was feeling.  The Forever Texan series books are all linked, but can be read on their own.

This was my favorite quote form the book:
That something she’d seen in his eyes wasn’t a fluke.  It was real and powerful and earth-shattering.  And she dared him to say otherwise.
Posted by Janine at 7:27 AM