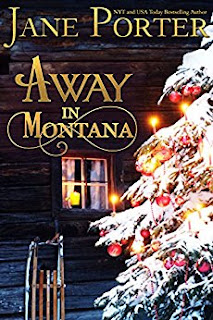 Beautiful, spirited heiress McKenna Frasier–daughter to one of the Butte Copper Kings—vowed eternal love to Sinclair Douglas before she left for college and an introduction to society. Four years in New York and travel abroad have opened her eyes, making her realize she wanted more than marriage and a simple Montana life. But when McKenna commits an unforgivable transgression and destroys her reputation, her dreams are shattered and she is forced to return to Montana disgraced, disowned and unmarriageable.

Sinclair Douglas left Butte to escape the Frasier power and Frasier name, but suddenly all anyone talks about in Marietta is scandalous McKenna Douglas, Paradise Valley’s new teacher. Sin doesn’t want to know about McKenna anymore. He doesn’t want to have to help her, and he sure as hell doesn’t want to love her. But McKenna has lived so long in his heart that it’s her home–even if she doesn’t deserve to be there.

But if there is one man who knows how to rebuild a life when all dreams have been smashed, it’s fierce, uncompromising Sinclair Douglas. Can Sinclair and McKenna heal enough to find their own Christmas miracle, and one more chance at love?

If you have ever wondered about Montana Born’s fictional town of Marietta before it became the modern day Marietta we all know and love, this is the book for you.

The year is 1889 and McKenna Frasier has returned to Montana after a scandal left her the disgrace of New York society.  Her father has disowned her too.   She is starting her life over as a school teacher and living in a modest cabin without the luxuries she was accustomed to.  She has avoided Sinclair Douglas, her first love, since returning.  She couldn’t face him after the mistakes she made while living in New York.  But he was always in the back of her mind as her one true love.

Sinclair has worked hard for everything he has, starting as a teenager working in the mines that McKenna’s father owned.  Sinclair now owns a large ranch with cattle and making a good living for himself.  The only things missing in his life are a wife and children.  When Sinclair sees McKenna at The Bramble’s Halloween party, he has to talk to her.  He never stopped loving her.  But his heart was broken by the way she left him waiting for her return while she studied, traveled and eventually falling in love with someone else.  Even after all of that, Sinclair still can’t help but want McKenna to be his wife.  But his mother and sister have already picked out a woman for him, Ellie Burnett, the daughter of a Texas cattle rancher.  Will Sinclair be able to convince McKenna that they are meant to be together or will he give in and ask Ellie to marry him?

The writing in this book is very impressive.  I could tell each scene was well thought out and researched.  The characters and their backgrounds were interesting and I enjoyed reading about the ancestors of the modern day Marietta characters that I have come to know so much about.  This is a great kick-off to a new series.