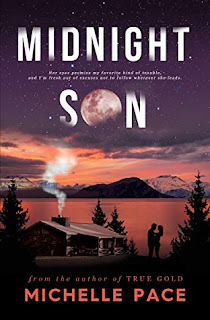 Screams. Flames. Shivering alone in the bitter Alaskan night – That’s all I can remember from before.

I don’t know where I came from or who I am, and I’m fairly certain I don’t want to. I am absolutely certain about Andi Campbell, though; she’s my light at the end of the tunnel, but I can’t tell her that.

Most of True, Alaska, still shuns me because I won’t speak, but not The Campbells – and that would change if they ever found out what Andi and I did when her mother was missing last summer. Andi seems to agree, and we steer clear of each other now.

But Andi’s sister Delilah is getting married, and it’s impossible to avoid one another at Hennessy Cove, the secluded inn the bride and groom booked for their intimate ceremony. From the moment we touch down, something about the place fills me with dread. And every time I cross paths with the smiling innkeeper, I break out in a cold sweat.

Knowing Andi’s sleeping in the room next door just makes that fever worse.

Life isn’t always what you think it is.  People aren’t always who you think they are.  And in an instant, your entire world can change.

Boone and Andi grew up together but they weren’t related.  Boone was found living on the streets and scrounging for food in True, Alaska.  He didn’t know who he was or where he came from.  LuAnn, Andi’s mother, took him in and raised him as family.  Even though Boone was mute, him and Andi became very close.  Andi always knew what he wanted to say or do.   As Boone and Andi got older, an attraction grew between them, but they were afraid to act on it as they were raised like brother and sister.  As adults they still fight the attraction.

A wild fire is burning out of control and it causes Boone to have a flashback that confuses him.  But there is no time to dwell on it as he is helping evacuate his friend Conner’s house before the fire takes it over.

Andi’s sister Delilah and Conner are getting married at an Inn on Hennessy Island.  When the plane is about to land, Boone has another flashback and it leaves him wondering if the answers he is seeking are on the island.  Will he have time to figure it all out before danger arrives and causes everything to spiral out of control?  And in the heat of the moment, Andi and Boone give in to the temptation they have fought their entire lives.  But will it be enough to keep them together, if they even survive the night?

This was a highly addictive book.  I couldn’t wait to see how the story played out.  When it was over, I craved more.  This is the second book in True Alaskans series.  It can be read on its own, but I would suggest reading True Gold first so you get to know the characters better.  You are going to want to know Delilah and Conner’s story.