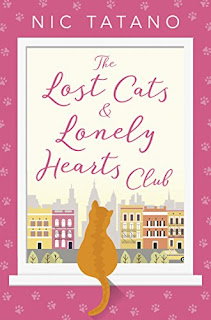 
Step away from the cat videos on YouTube and put your reservation for the cat cafe on hold because this is a must-read for cat lovers, rom com enthusiasts and hopeless romantics…
Swapping Prada for purrs…
While covering a story, feisty network reporter Madison Shaw gets more than she bargained for when she rescues a box of orphaned kittens. Suddenly the glamazon of the Manhattan news room is doing two am feedings to keep these furbabies alive!
This is certainly a change of pace for the high maintenance workaholic she’s become and taking care of the kittens makes Madison realise how far off track she’s come—after all, she was a stray once too…
When a video of her caring for the kittens goes viral, she knows her image as a hardnosed reporter is shot to hell. What Madison doesn’t expect is the media circus that propels her and the kittens to stardom. And the domino effect that has on her, her career and her love life—especially when she meets sexy Officer Nick Marino…!

While news reporter Madison Shaw is covering a story about the demolition of a stadium, four orphan kittens were discovered along with their mother who had died.  Madison was reluctant to take them, but when she couldn't find anyone to help and the shelters were closed for the weekend, she decided to care for them herself.  Having been dumped by her mother when she was an Infant, Madison knows what it is like to be abandoned.

The kittens change Madison's life after a video of her feeding them goes viral.  She was a hard-nosed reporter who most people didn't like.  But the kittens brought out a surprisingly softer side of Madison.   They help Madison become a better person, find true love and break a big case that she had been working on.

This book was entertaining and very well written.  I especially loved the fact that one of the rescued kittens was a special needs baby.  It brings attention to animals that aren’t perfect and shows how they are all equally lovable and make great pets.  I would definitely recommend it to any animal lover or romance and chick lit fan.