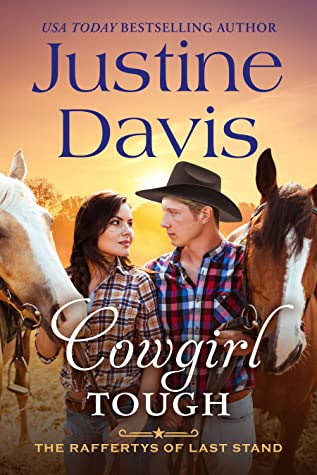 Sometimes the line between love and hate is blurry…

Cody Rafferty and Britt Roth may have grown up on adjacent Hill Country ranches, but they’ve always been oil and water. Britt knows it’s because Cody's a tech nerd who doesn't get the ranch life she loves. Cody knows it’s because Britt’s a single-minded cowgirl, who lives to complain about the technology he loves. Their families claim it’s because they were born within minutes of each other.

They've declared one truce in their lives—when Cody's father was KIA overseas. Neither of them expected there would be another, but when Cody suspects a crash of his test drone spooked Britt’s champion barrel racing horse, endangering her life and future, he calls a second truce. Prodded by guilt, he steps up to take care of Britt and her beloved horse. Britt balks, but Cody’s hard to refuse even for a tough cowgirl. Forced together, they learn surprising things about each other neither ever knew.

Can these two lifetime adversaries learn to get along, especially when they realize that the sparks that fly between them aren’t fueled only by anger?

My favorite book in the Raffertys of Last Stand series.

Born on the same day, within minutes apart, at the same hospital in Last Stand, Texas, Cody and Britt’s mothers used to think they would end up together.  But Cody and Britt couldn’t be more opposite.  Growing up as neighbors, they constantly got on each other’s nerves.  Cody is a tech guru and Britt is a cowgirl, all about barrel racing and her love for horses.  When a tragedy strikes and Cody is there for Britt, even staying with her at her house, it just might be enough for them see things in a different light.  Maybe they really are meant to be together.

I couldn’t get enough of this book.  During the rest of the series, Cody never really stood out among his brothers, but in this book, he turned out to be an amazing young man.  I was so happy when him and Britt found their happily ever after.