Review: Hot Cocoa, Green Tea and the Man Who Sweetened My Heart by Deanna Martinez-Bey 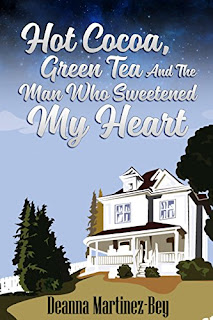 Stephanie had been held hostage in an abusive marriage for nearly twelve years. She was manipulated, controlled and abused by her mentally unstable husband. The last physical altercation drove Stephanie to begin a new life, alone, just her and her ten-year-old son, Ray.

Stephanie made an exit plan. She would find a new school for Ray, a full-time job and a place to live and just when she thought that life would be calm and peaceful, her monster of a husband, soon to be ex-husband would rear his ugly head.
Stephanie winds up meeting a new friend through work. As time passes, they find that they are developing feelings for one another. After the divorce is final her ex-husband stirs up trouble yet again.

Would Stephanie and her new friend become an item or would all the trouble from her ex-monster have him packing his bags and running? Would Stephanie finally be awarded full custody of her son or would her ex sabotage that from ever happening?

An emotionally charged story about starting over after a divorce.

Reading this book was like a peek into someone’s most private thoughts.  My heart went out to Stephanie and what she went through with her abusive husband and trying to start her life over after she left him.  Having experience in abusive relationships, I could easily relate to the fears and emotions Stephanie had.
One of the highlights of the story was Mark, a customer that Stephanie met at the bookstore café where she worked.  He was always there for her lending a good shoulder to cry on, a great source of support and a wonderful father figure to Stephanie’s young son.  Mark’s encouraging words are something all women need to hear even if they aren’t going through the same situation.  Sometimes we just need someone to believe in us.  Stephanie was a strong woman even though she crumbled a few times.  With Mark’s help she was able to get back up living her dreams and letting go of her fears.


If you know anyone who has been (or is) in an abusive relationship, this would be a good book to recommend to them.  At the end of the book there are some mouthwatering recipes to try out. 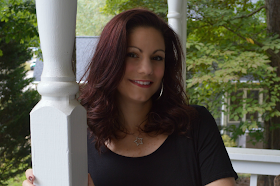 Deanna has always aspired to be a writer. She started writing poetry and short stories and the young age of seven.

Born in New Jersey, Deanna currently lives in a suburb of Raleigh, North Carolina. She says. “I will always be a Jersey girl at heart.” Which is why she came up with her own recipe for, New Jersey coffee cake, that she shares at the end of this book. She has had several of her original recipes published over the years. They have been featured in publications such as: Taste of Home Magazine, Taste of Home “Best Of” cookbooks, Gooseberry Patch cookbooks, local magazines and Women’s Day online, to name a few.